Please be advised that WordPress includes advertisements on this site; they are not selected by Bible Prophecy.

I read a message today (dated August 10, 2018) from the American Center for Law and Justice (ACLJ – https://aclj.org) to advise that Youcef Nadarkhani was beaten, his son was tased, and he was carted off to a notoriously brutal prison once again in Iran.

Youcef was arrested in 2006, released, and rearrested again in 2009. His wife, Fatemeh Pasandideh, was also arrested and sentenced to life in prison in 2010. She was later released after serving four months in prison at that time.

Youcef was arrested again (in 2009) and sentenced to death by hanging for apostasy (not recanting his Christian faith). The saints prayed and ACLJ worked relentlessly, petitioning the Iranian government and US officials to help free Youcef from prison, where he was held pending execution.

By the grace of God, Youcef was granted a retrial and was then found guilty of evangelizing Muslims. Iranian law forbids anyone to tell Muslims the truth. Youcef was sentenced to three years, which he had already served, and he was finally released on January 7, 2013.

Iranian Muslim terrorists are at it again. They have terrorized the family, beaten Youcef, tased his son, and carted Youcef off to prison again.

Please pray daily for Youcef’s release, and for his family, who are suffering through this ordeal, and please place these Christians, who are also suffering persecution, on your daily prayer lists: 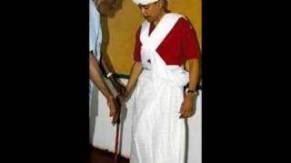 *All Liberal-Progressive-Socialist-Marxist-Communist—Democrats love Obama, and so do Muslim terrorists! How do you like that?

These same nations, who persecute, terrorize and murder Christians, are members of the UUN (Useless United Nations), which congregates in New York City, New York, USA. How do you like that?

The citizens of these nations suffer persecution from their government officials, AKA tyrants, for one reason, because they have no guns to protect themselves from tyranny.

One of the first things the Liberal-Progressive-Socialist-Marxist-Communist-Democrats want to do is take your guns. How do you like that?

The Word of God tells us concerning the last days:

“As He (Jesus) sat upon the Mount of Olives, the disciples came to Him privately, saying, Tell us when these things shall happen and what shall be the sign of your coming and of the end of the age?…They shall deliver you (Christians) up to be afflicted, and shall kill you, and you will be hated of all nations for My Name’s sake…But he that endures to the end shall be saved” Matthew 24:3, 9, 13.

“Yes, all who live godly in Christ Jesus shall suffer persecution” 2 Timothy 3:12.

Salvation is offered to everyone who repents of sin and receives Jesus as their Lord and Savior; unless a person crosses a line with God, to the point of becoming reprobate (Romans 1:21-32). Now is the time of salvation for everyone; tomorrow, or even the next hour, could be too late.