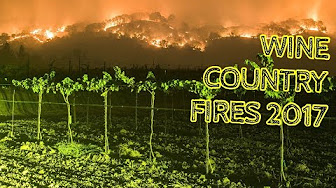 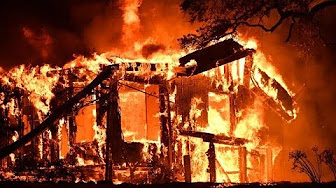 Thousands more were evacuated from their homes in Santa Rosa on Saturday, as 16 major wildfires run amuck in California.

About 10,000 firefighters, including firefighters from nearby states, are battling the blazes. It looked as though firefighters were making gains on Friday, but strong winds caused them to run amuck once again.

Officials have reported 38 deaths, which classifies these fires as the deadliest in the state’s history, and more than 400 people are still missing.

Northern California is world renowned for their wines, although at least a dozen wineries have burned to the ground.

California is a “Democratic state,” whose politicians push a Liberal-Socialist-Marxist-Leninist-Communist agenda, including murder of the unborn – late term (some born alive) – and selling of their body parts, gun confiscation, high taxes, the homosexual/transgender/queer agenda and all “refugees” (might as well include terrorists) and illegal immigrants are welcome!

The icing on the Liberal Luciferian Lunatics’ cake is the Bohemian Grove, where the Bilderbergers gather annually in Monte Rio (Sonoma County) for decadence and to discuss how they will further bring about death and chaos, in order to “reform” the world, according to their diabolically deluded thinking. 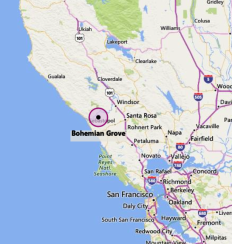 Then there is Hollywood, where horror, mayhem, fornication, alcohol, drugs and destruction are of the day.

San Francisco is a hub for homeless fornicators and drug addicts, so much so that the sidewalks typically smell of urine, and the city was declared a state of emergency because of homelessness.

Governor Jerry Brown recently declared a state of emergency for San Diego, Los Angeles and Santa Cruz Counties due to a hepatitis A epidemic and the rapid deaths of 18 people. The outbreak originally stems from drug use and lack of sanitation for the homeless.

The Lord doesn’t like what is happening in California, a state so liberal, hating President Trump’s prolife, proeconomy, pro-First and Second Amendments/US Constitution and all around pro-American agenda so much, that they are seriously planning secession from the United States, not that they will succeed, because there are still some Christians left in California who pray!

The Word of God tells us the wrath of God will fall upon the wicked in the last days:

“Woe unto them that call evil good, and good evil; that put darkness for light, and light for darkness; that put bitter for sweet, and sweet for bitter!” Isaiah 5:20.

“You shall be visited of the Lord of hosts with thunder, with earthquake and great noise, with storm and tempest, and a flame of devouring fire” Isaiah 29:6.

There is blessed hope, however, for those who will repent, pray and humble themselves before God:

“If My people, which are called by My name, shall humble themselves and pray and seek My face and turn from their wicked ways, then I will hear from heaven and will forgive their sin and will heal their land” 2 Corinthians 7:14.