Hundreds of flights have been cancelled over the last two days at Gatwick Airport in Britain due to drone sightings over the airfield, thereby stranding tens of thousands of people traveling during Christmas.

A spokesman, Stewart Wingate, said it was uncertain when the airport could resume flights because of the drones.

Police have been unable to locate a drone operator. The Sussex Police Superintendent Justin Burtenshaw said,

“Each time we believe we get closer to the operator, the drone ‘disappears.’ When we look to reopen the airfield, the drone reappears.”

Burtenshaw identified these drones as bigger than normal, “industrial specification.”

The army has been called for assistance. Defense Secretary Gavin Williamson said,

“The armed forces have a range of unique capabilities and this isn’t something we would usually deploy, but we are there to assist and do everything we can so that they are in a position to open the airport at the earliest opportunity.”

I could be wrong, but I don’t believe the police, army, air force, or anyone else is going to find a human drone operator, by the sounds of this. In that the airport has been closed for two days due to “drones,” and they say that every time they hone in on one, it disappears, I believe I know what these “big drones” might be. They could be celestial, not terrestrial, because I have seen them, and they do appear and disappear – and that’s not all they do…

I am laughing my head off! Keystone Cops! 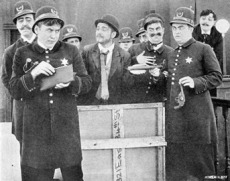 Perhaps when the United Kingdom cracks down on their massive pedophile ring that spans Members of Parliament, the “Royal” Family, their “knighted” friends and underground thugs, who steal children, rape and torture them; in addition to the crimes committed against children by their “child protection services,” perhaps then the drones might disappear for good!

Statements made by Members of Parliament 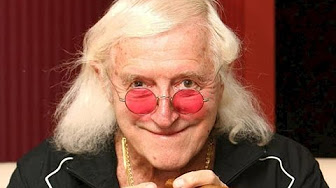 Jimmy Savile, knighted by the “Royals,” – pedophile, torturer of children! 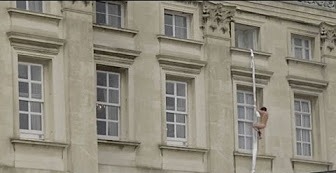 Pitiful boy trying to escape Buckingham Palace – naked! “Royals” deny, but this photo was taken by pedestrians with their cellphone; bystanders were captured on film while the shots were taken.

Who can forget the crimes of Cyril Smith, Member of Parliament? His crimes against children weren’t publicized, until after he died, as was the case with Jimmy Savile!

This, however, is no laughing matter. The UK is so disgustingly doused in reprobate pedophiles, it is heart wrenching and disgustingly sickening! They are in for much worse in the near future, God’s retribution!

They need to know that Christians are praying DAILY for those children they rape and torture, for their deliverance and the swift and final judgment against the abominable heathens who torture them!

“Whoever offends one of these little ones who believes in Me, it would be better for him that a millstone be hanged about his neck and drowned in the depth of the sea” Matthew 18:6

What could be worse than drowning in the depth of the sea? 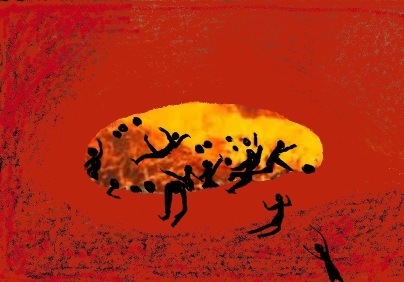 The Mouth of Hell