Hundreds of thousands of fish die off in Australia 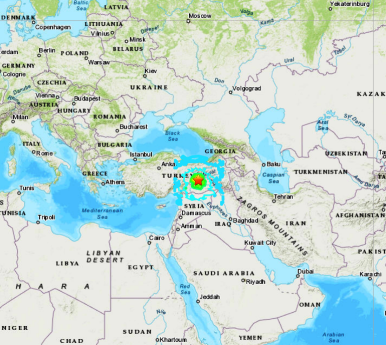 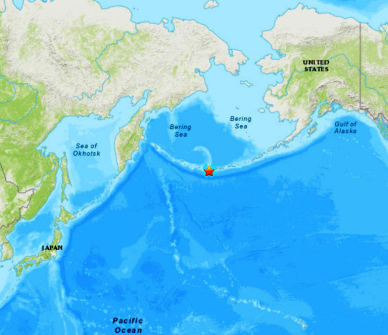 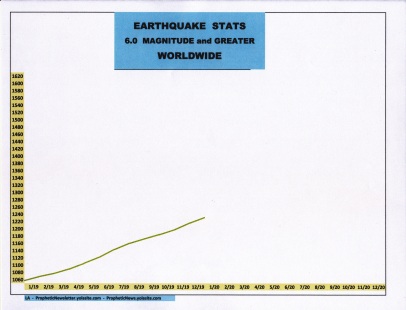 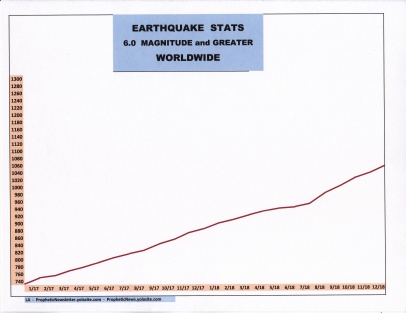 Jesus said these signs would appear before He returns,

“Nation will rise against nation, kingdom against kingdom, and there will be famines, pestilences and earthquakes in diverse places“ Matthew 24:7

“Great earthquakes shall be in diverse places and famines and pestilences, and fearful sights and great signs shall there be from heaven” Luke 21:11

“There shall be signs in the sun, in the moon and the stars (we have seen this with the blood moon tetrad in 2014-15 on Israel’s feast days, with a solar eclipse; the Star of Bethlehem and the Virgo and Leo lineup of stars over Jerusalem on September 23, 2017) and upon the earth distress of nations with perplexity; the sea and the waves roaring (tsunamis)” Luke 21:25

“Blessed are those servants whom the Master, when He comes, will find watching“ Luke 12:37

All written publications on this site may be copied and shared for evangelistic and educational purposes.

Please be advised that WordPress includes advertisements on this site; they are not selected by Bible Prophecy.

A massive fish die off occurred in Malibu last Thursday, which left a putrid smell along the shore.

A Seattle Times writer reported that scientists, who have conducted surveys for 20 years off the coasts of Washington and Oregon for 20 years, were recently amazed at not being able to find fish in the ocean.

“We were really worried if there was something wrong with our equipment,” said David Huff, estuarine and ocean ecology program manager in the fish ecology division at the National Oceanic and Atmospheric Administration (NOAA) Fisheries.

“We have never hauled that net through the water looking for salmon or forage fish and not gotten a single salmon. Three times we pulled that net up and there was not a thing in it. We looked at each other like, ‘This is really different than anything we have ever seen,’” reported Lynda V Mapes, Seattle Times.

Mass fish die offs have been happening throughout the world in recent years, and this is another sign of the last days, and what the ancient prophets foretold concerning the last days.

“Therefore the land shall mourn and everyone that dwells therein shall languish, with the beasts of the field, the fowls of heaven, yes, the fishes of the sea shall also be taken away” Hosea 4:3.

Why does the land “mourn?” Why will the inhabitants of the earth “languish?” Because of the abominable sins being committed by so many evil and unconscionable people in the last days.

Fish have been dying all over the planet by the millions, some disappearing within hours of washing up on the shores en mass. I believe the Lord takes them to our heavenly home.

If the Lord takes notice when a sparrow falls to the ground , He also cares for the fish!

“Are not two sparrows sold for a penny? Yet not one of them will fall to the ground outside your Father’s care” Matthew 10:29.

Salvation is offered to everyone who repents of sin and receives Jesus as their Lord and Savior; unless a person crosses a line with God, to the point of becoming reprobate (Romans 1:21-32). Now is the time of salvation for everyone; tomorrow, or even the next hour, could be too late.

50 GEESE FALL OUT OF THE SKY IN IDAHO

About 50 geese fell from the sky in Idaho. Workers with the Idaho Fish and Game (IDFG) suspect that hail or lightning killed the geese.

A regional volunteer with IDFG, James Brower, said he didn’t believe it was the hail or wind that killed the geese. He said,

“Hail would have injured the geese. They’d still be alive. All of these were dead.”

An officer opened a few of the geese and found their lungs were “exploded.”

About 2,000 geese fell out of the sky in Idaho three years ago. At that time, the IDFG said the geese likely died of avian cholera.

How interesting that an official would say that 2,000 geese fell out of the sky dead, all together, at the same time, because of a disease.

Let’s just say 2,000 people were all staying in the same hotel, and one evening they were all sitting in a great lounge together, when suddenly every last one of them dropped dead at the same time. Do you think it would be logical to say they all contracted some deadly disease and died simultaneously, all together, perhaps of the black plague, for example?

Anyone with a particle of brain should know that each person would die on various days, at least at different times during the same day, right? Do large numbers of people suddenly drop dead together of a common disease? That is idiotic!

Why would they say something like that? It all boils down to the “lying wonders” (2 Thessalonians 2:9), what they want you to believe, versus what is really happening. This is just a small part of the “lying wonders” of the last days, and they will become more grandiose as we draw closer to the Lord’s return.

Ask yourself why the most educated people in the world say men evolved from apes, which is certainly a mathematical impossibility and any dimwit should know that, except the masses who believe anything anyone tells them, as long as they come out of the “best” universities.

Most of those who come out of the most prestigious universities serve the devil, perhaps not knowingly, but by default, because they don’t serve the living God (Romans 6:16).

It is satan’s business to deceive the whole world, hence, the most educated are ignorant in the most significant way, spiritually!

President Donald Trump gives God honor and glory during his speeches, and the Democrats want him dead. Some have even publicly stated they want to see him assassinated, like Senator Maria Chappelle-Nadal and others.

Why do you suppose that is?

President Donald Trump, by his recognition of God, throws their evolution paradigm out the window, which infuriates them – excessively (devilishly).

How intelligent is a person when they publicly say they want to see someone killed simply because another person has a different political and/or religious view? This behavior is indicative of their stupidity; albeit, most are well educated. My case in point.

The Word of God also tells us concerning the last days,

“Therefore, the land shall mourn and every one that dwells in it will languish, with the beasts of the field, the fowls of heaven, yes, the fishes of the sea also shall be taken away” Hosea 4:3.

By the way, 20 tons of herring washed ashore along the coast of Norway two years ago, but that wasn’t the strangest thing that happened. They all disappeared by the next morning! Where did all those fish go, IDFG? How about you tell us where all of those fish went!

God is demonstrating to us how the saints (those who are ready and watching for His return – Matthew 25) will be caught up in an instant (1 Thessalonians 4:16-18) before the great tribulation begins!

It is interesting that Jesus said His disciples were “fishers of men” (Matthew 4:19).

During the persecutions of Protestants by the Roman Catholics in the valleys of Piedmont, during the Seventeenth Century, Peter Gabriola, a Protestant gentleman of considerable reputation, being seized by a troop of soldiers, and refusing to renounce his religion, they hung a great number of little bags of gunpowder about his body and then setting fire to them, blew him up.

Since about the turn of the New Year 2010, we have seen mass die offs all over the world and I have reported on many of those events since that time. One of the mass fish die offs in Norway stands out among all the others.

On December 31, 2011, an estimated 20 tons of herring washed ashore along a stretch of the coast in northern Norway. The locals were trying to determine how in the world they were going to be able to clean up the coast with that many dead fish, before they would start to decay. The follow morning, New Year’s Day, they no longer had a problem. All of the fish, approximately 20 tons, had completely disappeared!