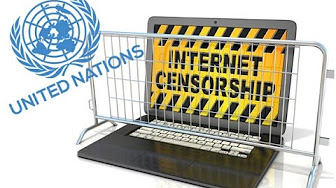 OUT WITH FREEDOM – IN WITH GLOBALISM – THE ANTICHRIST KINGDOM

Four states in the US took the initiative to stand with citizens who complained about the Obama internet giveaway and they filed for an injunction against the transfer of our internet oversight, from the United States to a private corporation, the Internet Corporation for Assigned Names and Numbers (ICANN).

Texas federal Judge George C Hanks Jr, however, refused to issue the injunction to stop the transfer. *He was appointed by Obama just last year, by the way.

END_OF_DOCUMENT_TOKEN_TO_BE_REPLACED

Former Department of Homeland Security (DHS) Counter Terrorism Specialist and expert on the subject of Islamic terrorism, Phillip Haney, spoke before The National Press Club about his recently published book See Something, Say Nothing.

If you don’t believe that Muslims are conspiring to form a global Caliphate under Sharia law, including within the United States, then you need to watch this video.