The Word of God tells us that Christians will be hated in all nations during the last days. This prophecy has been fulfilled, even in the United States!

“Great earthquakes shall be in diverse places, famines and pestilences, and fearful sights and great signs shall there be from heaven; but before all these, they shall lay their hands on you and persecute you, delivering you up to the synagogues and into prisons, being brought before kings and rulers for My name’s sake” Luke 21:11-12.

When Kim Davis, the Rowan County Clerk, Kentucky, refused to sign marriage licenses for homosexuals, she was arrested and tossed in jail. Who would have thought this could happen in America?

Homosexuals demand services from Christian business owners, such as the owners of bakeries, wedding facilities and bed and breakfast inns, who must refuse to serve them in the capacity they require, or defy God’s commandments and their Christian faith, because the Word of God tells us homosexuality is an abomination in the sight of God,

“You shall not lie with mankind, as with womankind, it is an abomination” Leviticus 18:22.

Did you ever think a “Christian nation” would fall so low into the gutter, where Christians would not be allowed to keep the tenets of their faith without being sued for large sums of money, or even ending up in jail?

This is your last days “Land of the Free,” folks! It is only going to get worse, until the Lord returns to establish His righteous kingdom on this earth.

In the meantime, Christians all over the world are being persecuted, jailed and killed, and it is a sign of the last days, according to Bible prophecy.

“Then (in the last days) shall they deliver you up to be afflicted and shall kill you, and you shall be hated of all nations for My name’s sake” Matthew 24:9.

Let’s not forget those who are in bonds:

“Remember those who are in bonds, as bound with them, and those who suffer adversity, as being yourselves also suffering” Hebrews 13:3.

Asia Bibi is a Pakistani mother of five, who has been in prison for more than eight years for her Christian faith. She has a death sentence hanging over her head, which is in the process of appeal, but most of Pakistan (96 percent Muslim) wants her to hang. Two politicians in Pakistan, who spoke against Bibi’s conviction, were assassinated. (Update: Asia Bibi has been set free! God answered her prayers and the many prayers of the saints throughout the world! Praise God Almighty! Thank you, President Trump!)

Three American Christians are imprisoned in North Korea, Kim Dong Chul (serving 10 years), Kim Sang-duk (arrested 4/22/17) and Kim Hak-song (arrested ~May 2017); all in prison for their Christian faith. (Update: Kim Dong Chul, Kim Sang-duk and Kim Hak-song have all been set free and brought back to the US! God answered their prayers and the many prayers of the saints throughout the world. President Trump called for their release and the North Korean tyrant let them go! This was nothing less than a miracle! Praise God Almighty! Thank you, President Trump!)

Kim Hak-song worked for the Pyongyang University of Science and Technology (PUST), a university founded by evangelical Christians in 2010. The university is funded by Christian churches in the United States and South Korea. Kim is a Christian missionary and US citizen. North Korean officials stated Kim was arrested for hostile acts against the country. Christianity is considered treasonous in North Korea.

Kim Sang-duk (also known as Tony Kim), the chancellor of PUST, was arrested while trying to leave with his wife on a flight to China. Kim is a Christian and US citizen. North Korea has not released any details since his arrest on April 22, 2017.

Kim Dong Chul is an American businessman who was operating a business in the commerce area of North Korea, although he and his wife reside in China. Kim, who is a Christian, was detained in October 2015, and was sentenced to 10 years hard labor following a brief trial. Kim is a Christian. He was charged with espionage and subversion.

I am going to share the stories of two others who are being persecuted, who may, or may not be Christians, but they cannot be forgotten. 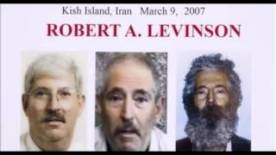 Bob (Robert) Levinson is an American businessman who was abducted in Iran on the Island of Kish in March 2007. Levinson’s family received a video of him in 2010. He pleaded for help from American politicians on the video, saying, “Please help me get home.”

Treasonous, stealthy Muslim, Barack Obama, did absolutely nothing to help Levinson, even while making a monumental deal with Iran to lift sanctions, which released billions of dollars to Iran, and which also allowed their production of nuclear power!

Julian Assange has taken asylum in the Ecuadorian Embassy in London for the last five and a half years for exposing the crimes of politicians, specifically treasonous acts, and other crimes, including pedophilia.

Julian Assange is a HERO and should be thanked and rewarded greatly for exposing the vile crimes of Barack Obama, Hillary Clinton and many others, all who should be criminally prosecuted, but their crimes are being ignored and they walk free!

In the meantime, Julian Assange is being hunted down like a dog!

This, friends, is our last days “Land of the Free!”

Please include these on your daily prayer lists and pray with me for their safe return home to their families. Let’s also pray for the salvation of Bob Levinson and Julian Assange, in the event they aren’t saved yet.

The Roman clergy complained to the archbishop of Turn that the Waldenses of the valleys of Piedmont here heretics for these reasons: 1) They did not believe in the doctrines of the Church of Rome. 2) They made no offerings or prayers for the dead. 3) They did not attend Catholic Mass. 4) They did not confess and receive absolution. 5) They did not believe in purgatory, or pay money to get the souls of their friends out of it. Upon these charges, the archbishop ordered a persecution to take place and many fell martyrs to the superstitious rage of the priests and monks. At Turin, one of the Protestants had his bowels torn out and put in a basin before his face. At Revel, Catelin Girard being at the stake, desired the executioner to give him a stone. Girard, looking earnestly at the stone said, “When it is in the power of man to eat and digest this solid stone, the religion for which I am about to suffer shall have an end, and not before,” and he submitted cheerfully to the flames.

The Catholic Church has never issued an apology for the crimes committed during the Inquisition and the brutal murders of Protestant Christians who denounced papal authority, denied Purgatory, the selling of indulgences in sin, the worship of idols, prayers to the saints and the Virgin Mary. Neither has any reparation been made to the heirs of the saints who suffered such persecutions from the Catholic Church. Protestants were brutally murdered by Catholics by way of burning them alive at the stake, flaying alive, hangings, cutting them to pieces, burying them alive, drowning, torturing them on the rack, whereby bones were broken and bodies ripped apart, beheading them, etc… The property and assets were seized of those heinously murdered by the Catholic Church from about the Twelfth Century through around the 1820s. The Vatican sits atop the blood of the saints. Revelation 18 describes her brutal end for heresies and having committed such abominable crimes.